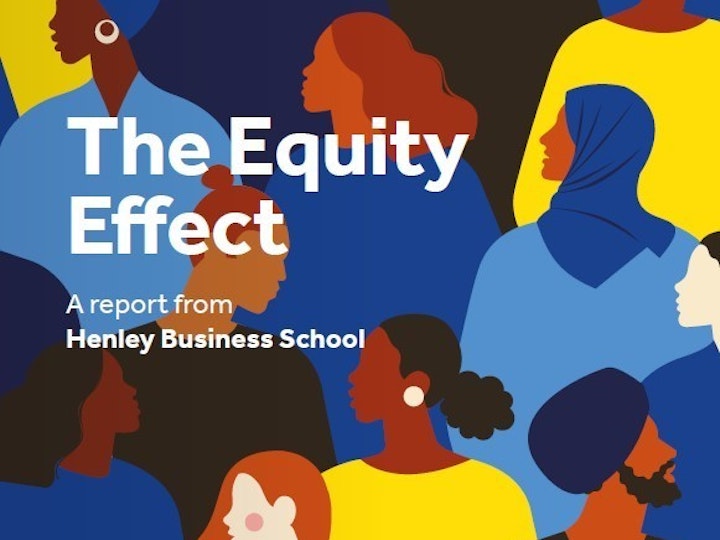 The Equity Effect
A report from Henley Business School

Today, Henley Business School has published ‘The Equity Effect’, a new report on the impact of diversity and inclusion in UK businesses. The aim of the research was to understand the reasons racial inequity still exists in the workplace, and what the barriers and challenges are to overcoming it. It revealed that businesses which actively confront inequity and racism with practical measures, can expect to see an improvement in their employees’ job satisfaction, loyalty, creativity and, ultimately, value, recording an average revenue 58% higher across three years than those which did not.

Racial equity means all employees are valued and treated fairly (even if this means being treated differently) irrespective of their race and culture, under the belief that strength comes through diversity. This includes the elimination of policies, practices, attitudes and cultural messages that foster racial discrimination and providing additional support and services to balance out inequities.

The research included a survey of over 500 business leaders and 1,000 employees, asking questions about their experiences of race and racism in their workplaces and the measures their companies have in place.